Jazz Janewattananond will tee off in one of the biggest tournaments in the world today: Jack Nicklaus’ Memorial Tournament, on the PGA Tour.

He starts at 1.39pm in Ohio, while, much to the delight of the global golfing community, American Tiger Woods – the winner of 15 Majors and five Memorials  – is also competing and making his first appearance since coronavirus led to global confinement.

It is a great day for Thailand’s bright and boyish star but today was supposed to be the day when he teed off in, arguably, THE biggest tournament in the game: The Open Championship.

PORTRUSH, NORTHERN IRELAND – JULY 19: Jazz Janewattananond of Thailand plays his tee shot on the first hole during the second round of the 148th Open Championship held on the Dunluce Links at Royal Portrush Golf Club on July 19, 2019 in Portrush, United Kingdom. (Photo by Matthew Lewis/R&A/R&A via Getty Images)

He was exempt for golf’s eldest Major championship as a result of winning, quite emphatically, last year’s Asian Tour Order of Merit title.

However, the coronavirus pandemic has turned the golfing world on its head and it was on April 6, that The R&A announced The Open – due to be played at Royal St George’s Golf Club – was cancelled.

Their statement read: “The Open was due to be played in Kent from July 12-19 but it has been necessary to cancel the Championship based on guidance from the UK Government, the health authorities, public services and The R&A’s advisers. This is the first time since the Second World War that golf’s original Championship, first played in 1860, has been cancelled.”

“Our absolute priority is to protect the health and safety of the fans, players, officials, volunteers and staff involved in The Open,” said Martin Slumbers, Chief Executive of The R&A.

“We care deeply about this historic Championship and have made this decision with a heavy heart. We appreciate that this will be disappointing for a great many people around the world but we have to act responsibly during this pandemic and it is the right thing to do.”

In fact, eight members of the Asian Tour were due to be on-the-tee today at Royal St George’s in one of the biggest days of their careers.

In addition to Jazz the four players who qualified via the SMBC Singapore Open in January would have been there now: Joohyung Kim of Korea, Poom Saksansin of Thailand, Canada’s Richard T. Lee and Ryosuke Kinoshita of Japan.

South Africans Shaun Norris as well as Justin Harding and Kurt Kitayama from the United States were also exempt – the result of being ranked in the first 30 in the Final Race to Dubai Rankings last year.

These eight players will remain eligible for entry into the Championship at Royal St George’s in 2021. All exemptions, which had been awarded up until the cancellation on April 6, 2020, will be honoured.

Jazz played in The Open in 2018 and 2019 – both times thanks to the SMBC Singapore Open being part of The Open Qualifying Series: he finished equal fourth in 2018 and won the prestigious event in 2019. That was one of four pulsating victories last year along with the Kolon Korea Open, the BNI Indonesian Masters and the Thailand Masters.

He missed the cut both times in The Open but after playing at Royal Portrush last year, he said: “I still need to make lots of improvements to become a world class player but I believe I still have a chance to be up there.”

“It has been a good learning experience. I have made it to The Open twice already and I’ve learnt a lot about myself and my game,” he added.

“I got better with my driving this year but my short game is still not quite there yet. Hopefully I can come back here stronger and play better next year.”

Kim, Lee, Poom and Kinoshita would have been making their debuts at The Open this week and, in particular, all eyes would have been on the Korean kid who has become the region’s new great hope.

The teenage-titan, who turned professional in 2018, has taken the game by storm in Asia in lightning-fast time.

In the second half of last year he won three times on the Asian Development Tour (ADT) – in Malaysia, Indonesia and Pakistan – to earn a direct promotion to the Asian Tour in 2019.

He then took another giant leap forward and claimed the Panasonic Open India on the Tour in November to become the second youngest professional player to win on the circuit at 17 years and 149 days old. 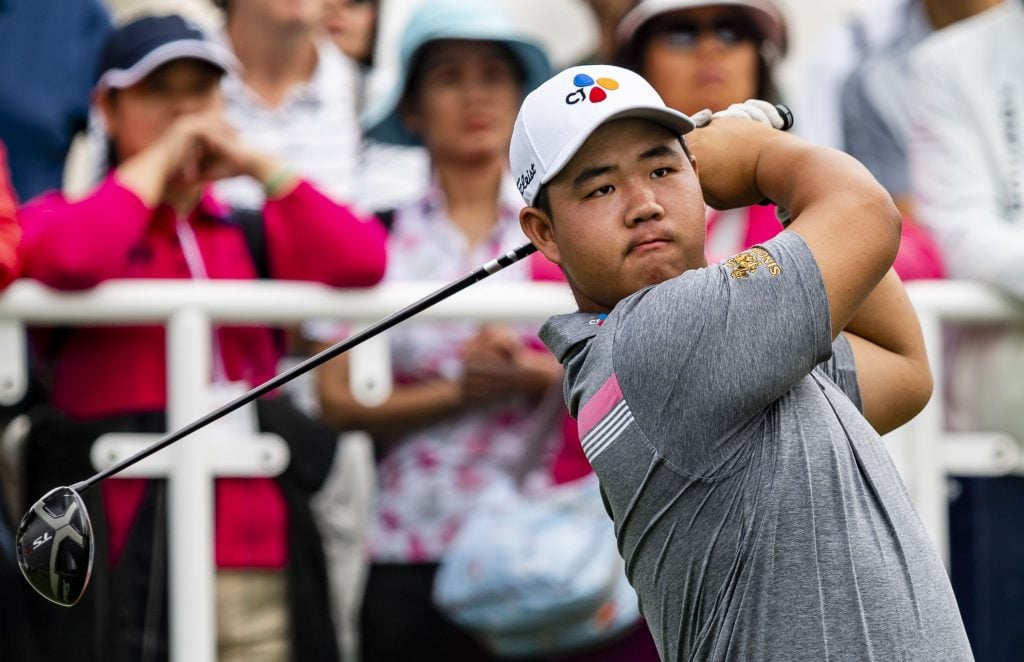 HONG KONG, CHINA – JANUARY 11: Joohyung Kim of South Korea tees off the first hole during the third round of the Hong Kong Open at the Hong Kong Golf Club on January 11, 2020 in Hong Kong. (Photo by Yu Chun Christopher Wong/Eurasia Sport Images/Getty Images)

And last weekend, seemingly unaffected by the long lay-off, he sensationally triumphed in the KPGA Gunsan Country Club Open on the Korean Tour at the tender age of 18.

It was his first victory on home soil and came a week after he lost in a play-off on that circuit.

He is now the youngest winner on the Korean Tour.

Today he tees off in another Korean Tour event, the PGA Open with Sollago Country Club – a rather different golfing landscape from Royal St George’s links golf course but one that will again face the full force of his youthful exuberance.

Royal St George’s would have been hosting The Open for the 14th occasion and it is the only Open golf course to be located in Southern England.

The last time it was played there, in 2011, Northern Ireland’s Darren Clarke prevailed.

Asia’s dreams of seeing one of its’ players lift ‘The Claret Jug’ and surpass the achievements of a certain Taiwanese legend and a young Chinese golfer are on hold. 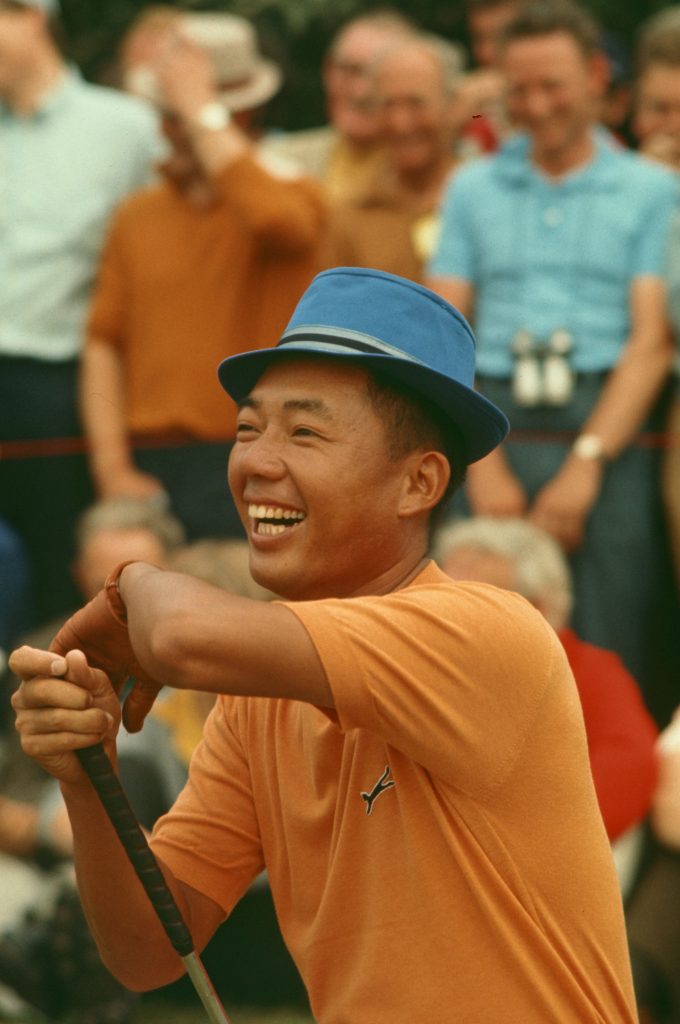 Chinese Taipei’s Lu Liang-huan – better-known as ‘Mr Lu’- famously finished second in 1971, behind Lee Trevino of the United States, in what was the 100th staging of The Open. It remains as the best finish by a player from this region in The Open.

And, Haotong Li from China came close to matching that in 2017 when he stormed to third place at Royal Birkdale Golf Club – where American Jordan Spieth overcame his compatriot Matt ‘Kooch’ Kuchar.

It is a target for all members of the Asian Tour.

This year’s edition would have been underway now although with overcast weather conditions forecast in Kent today – in the true spirit of an English summertime – perhaps it’s a good thing that Jazz is in Ohio and Kim is in Korea, for the moment.