Zaw Moe, the Myanmar golfer who has made Singapore his home for nearly 30 years, turned 53 at the weekend. Simon Wilson caught up with the Asian and Japan Tour veteran to discuss the many highlights of his distinguished career.

When Zaw Moe launched one of his long, trademark drives – just over 290 yards – on Thai Country Club’s 17th hole in the Asian Honda Classic, in February 1997, it brought rapturous applause from the huge gallery assembled there.

It was the kind of moment the young-man from Myanmar lived for, but this was a particularly exceptional occasion: it was the final round, the final pairing and, thrust into the global spotlight, he was playing with a rookie professional who was to shape the game of golf like no other: Tiger Woods.

The American, aged just 21, was playing in Thailand for the first time as a professional and having already claimed three PGA Tour titles, he arrived with much expectation, fanfare and at times uncontrollable excitement.

During an unprecedented week – the likes of which had never before been seen in Asia – Woods dominated from start to finish: he had a six-shot lead at the start of the day and won by 10! It proved to be a warning shot to the world as two months later he claimed the first of his five US Masters titles by 12 strokes!

However, on that penultimate hole at Thai Country Club just outside Bangkok, Woods did make a rare mistake when he pushed his tee shot into water on the right.

“I could see he was angry,” recalls Zaw.

“He told ‘Fluff’ (Mike Cowan) his caddie to give him another ball as he wanted to hit from the tee as opposed to taking a drop. He then drove 30 yards past me. Then, I hit five wood for my second to the green but he hit six iron.

“And on 18 I hit another great tee shot but he hit a two-iron as far as my driver. He was on a different level and I realized I was just a spectator as the round went on.”

With wildly enthusiastic crowds all around him, Zaw did well to record a top-20 finish.

While the result was not what he was looking for, it was another giant moment in the career of Zaw.

The tall golfer with a much-admired, silky-smooth swing is one of his nation’s finest sporting exports who boasts an outstanding record on both the Asian Tour and Japan Golf Tour Organization – he played on the latter circuit with great success for nearly 10 years starting from 1996.

He has claimed 21 titles in the region including the 1997 Singapore Open at Jurong Country Club and early on in his career, he dominated the local Malaysian circuit claiming three Order of Merit titles. 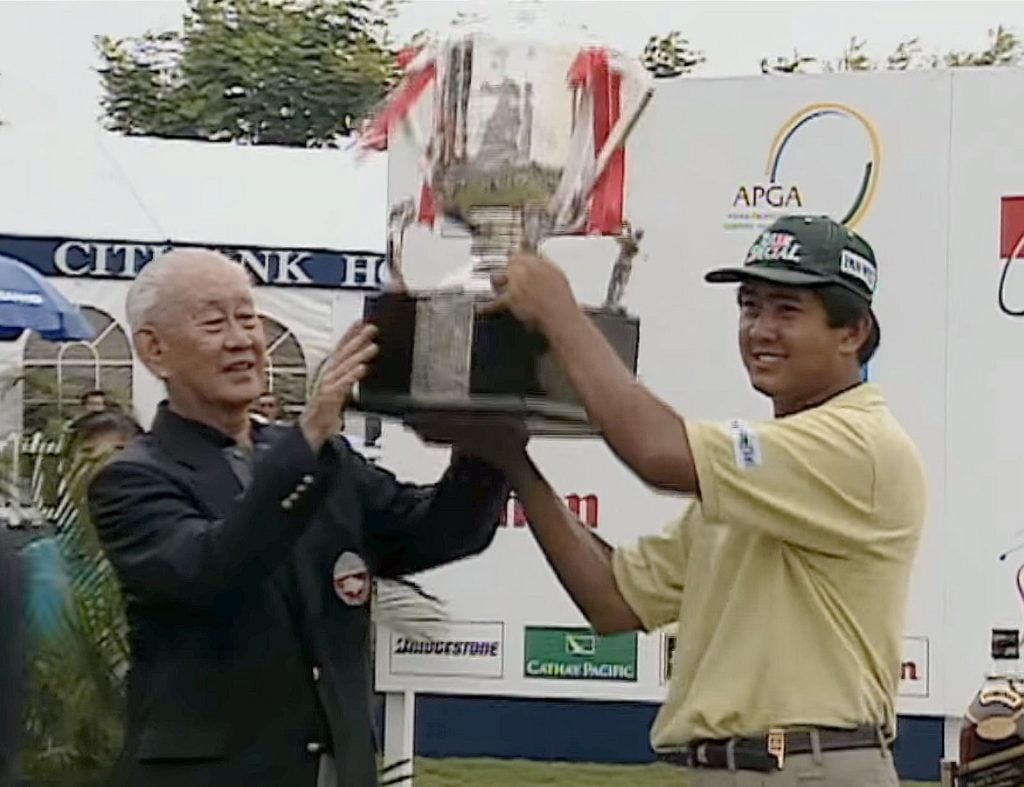 Moe is part of the “Great Triumvirate” of pioneering golfers from Myanmar, along with Mya Aye and Kyi Hla Han.

Mya Aye was the first to make a mark for Myanmar in the 1970s and won six times in the region.

And Han, the country’s greatest golfer, followed not long after – finding a home for many of the region’s most prestigious trophies and becoming Asian Tour Order of Merit champion in 1999.

All three are also past winners of the Singapore Open: Mya Aye claimed the title in 1981 and Han in 1994. 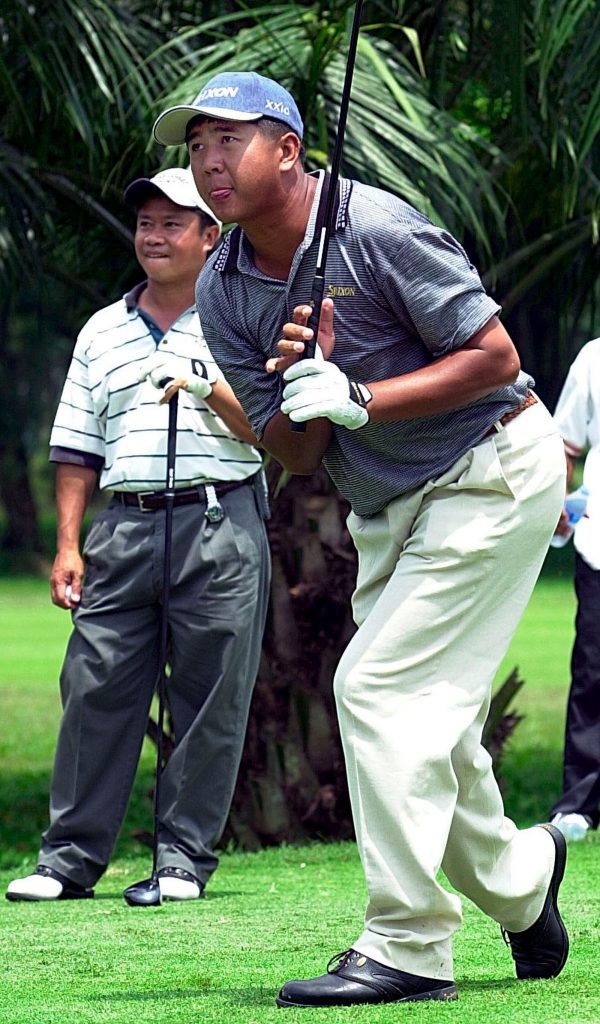 It is one of the Asian Tour’s most appealing and enduring qualities that, through its diversity, it has facilitated the emergence of elite players from countries that, perhaps, you would least expect.

Myanmar is one such nation that few would expect to contribute to Asia’s golfing landscape, but it most certainly has done and continues to do so.

Zaw turned professional in 1989 and it didn’t take long for him to find his feet in the game, despite facing the daunting prospect of heading on the road as a Touring professional, aged just 22, and with very limited resources.

“When I turned professional and first came out of Myanmar I only had US$700 in my pocket, plus one golf set and a suitcase,” said Zaw, who was born in Lashio – in Myanmar’s Shan State, where his father was the Chief Engineer.

“I was heading to stay with Chan Han (Kyi Hla Han’s brother) in Malaysia but could not get a visa so I had to stay in Bangkok for a month – where I spent US$200, so I was down to US$500.

With his confidence fortified by success in Malaysia he then chose to try his hand on the Asian Tour – which at that time was run by the Asia Pacific Golf Confederation and local Golf Associations.

It was in the days before they had a Qualifying School and formal Tour membership, so players had to enter Monday qualifying rounds.

Said Zaw: “I spent all my money and went back to Malaysia to stay with Chan and make money on the Malaysian circuit again.”

Zaw won dozens of events on the TDC Tour of Malaysia and it wasn’t long before his game was at the level required to compete regularly on the Asian Tour.

Initially, he lived in Penang before his sponsor, Pan-West, kindly helped him set up in Singapore – where he has been living since the early 90s.

And it was there where he soon recorded the biggest victory of his career.

“Since 1995 I had been playing well but I couldn’t win, so when I arrived at the Singapore Open I felt I was due,” said Zaw.

At the start of the final round, he was four in front of an imposing chasing pack that included Thailand’s Boonchu Ruangkit. But he prevailed comfortably finishing the tournament on 11 under, after rounds of 67, 69, 69 and 72, to win by three from American Fran Quinn and earn a cheque for US$80,750. 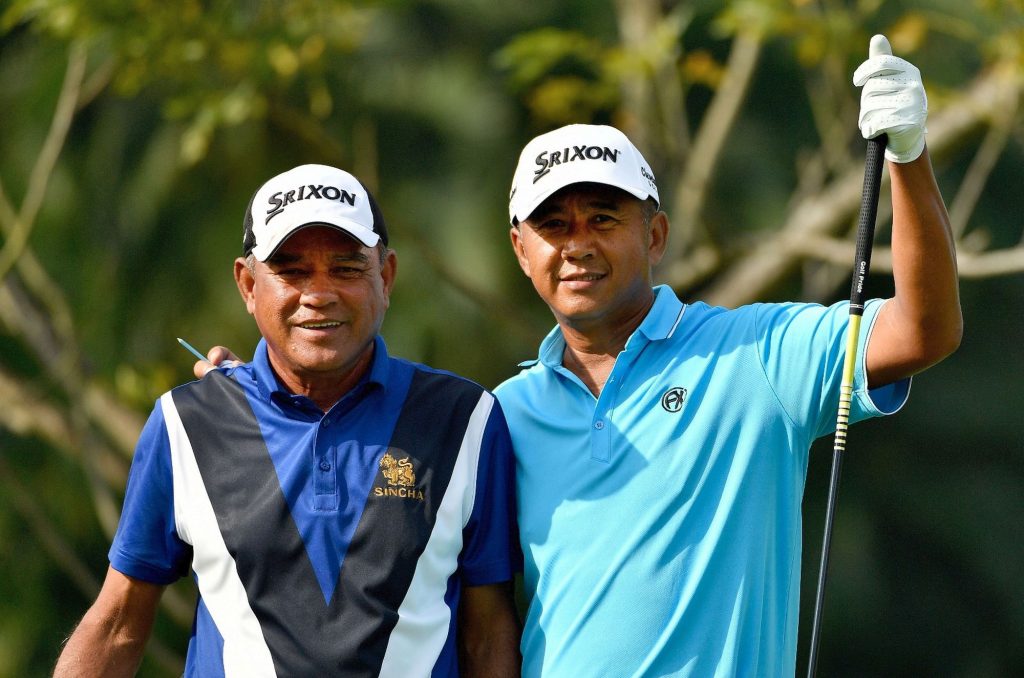 Many more victories were expected to follow but, remarkably, Moe lost in seven play-offs during his career: three on the Asian Tour and four in Japan.

“If I go and play now, I think I would win more. I was trying to be too perfect back then. I would have won more tournaments if I had just accepted myself. I was looking for the one perfect swing,” said Zaw.

“I was very technical. I was looking for the perfect swing and this was one of the biggest mistakes in my life. Everyone, like Mardan (Mamat), told me, God gave you a good swing, why did you go and change it? At the end of the day you have to rely on your old swing and keep the basics. That’s all you have to do.”

His quest for excellence saw him regularly travel to the United States to see the best coaches in the world, including: Butch Harmon, David Leadbetter, Robert Baker and Phil Ritson.

Zaw acknowledges that his penchant for perfection is more of an attribute these days as much of his time is spent teaching at Singapore Island Country Club.

“It’s actually a good thing now because I can pass all my experience on to my students,” said Zaw, who also coached the Myanmar national team in 2011. 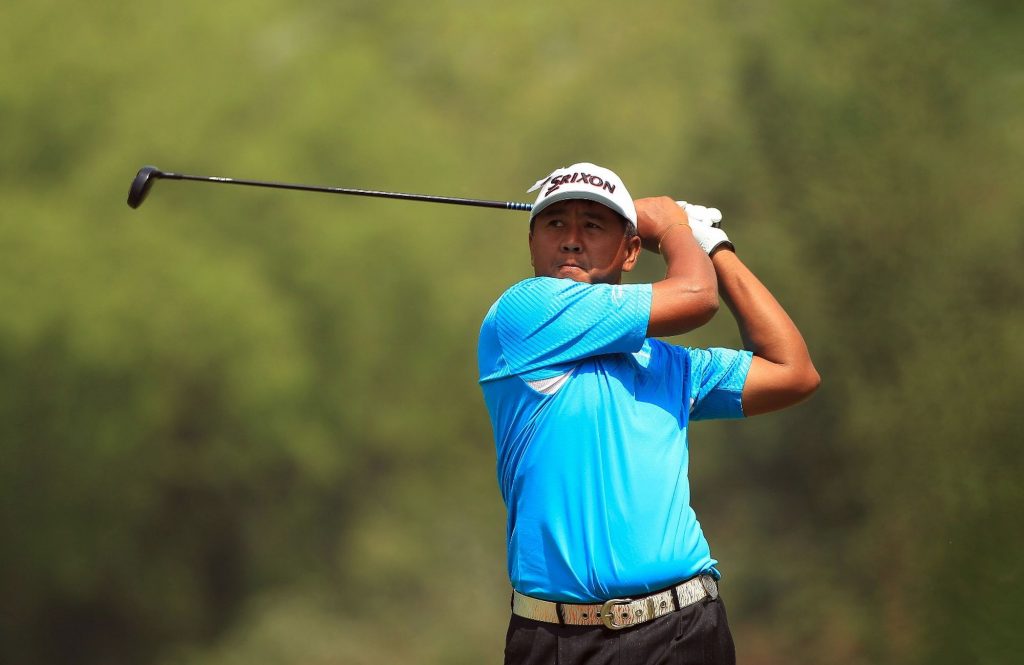 As well as a case of analysis paralysis Moe has also had more than a fair share of injuries.

He slipped a disc playing in the Johnnie Walker Classic in Thailand in 2003, which required an operation.

“After that my game went down in 2005. I stopped moving my body and was just swinging my hands and arms which is no good. And I lost it all,” he said.

And, in 2007, he had a liver infection – relating to a bout of Hepatitis C he got when growing up in Myanmar – which put him out of action for 13 months.

In 2015, he damaged his right wrist severely playing out of the rough at an Asian Tour event in Chiang Mai. He had to rest for six months, and that’s when he got more involved in teaching.

And much more recently, he fell over while jogging in Bishan Park in 2018 and broke his left knee and right wrist. He had just earned his Tour card for the Japan Seniors Tour and was due to fly out.

“When I fell over I also passed out but luckily a passer-by helped me back on to my feet so I was able to get home. I could have played 20 events that year,” he said.

He was also due to play in Japan this year but the coronavirus pandemic put pay to that.

Zaw’s wife Yukiko is Japanese but he has not been able to see her for months as she was in Japan when lockdown took effect.

He has been spending his time getting fit and losing weight in preparation for when he can play tournaments again and he has a busy teaching schedule.

Over the years, one of his students has been Cho Minn Thant – the Asian Tour Commissioner and CEO.

Zaw knows Cho, who grew up in Canberra but is from Myanmar, very well as he has been coaching him since he was 15 years old.

“Actually, he can play. But he didn’t play enough. He had the game but he never went out and tried it. So he didn’t know what his potential was. He hits the ball so long these days,” said Zaw.

Zaw certainly made the leap of faith, never looked back and earned his place as one of the legends of Asian golf.