Mandy Cohen, secretary of the North Carolina Department of Health and Human Services, speaks during a briefing on the COVID-19 pandemic at the Emergency Operations Center in Raleigh, N.C., on May 26. 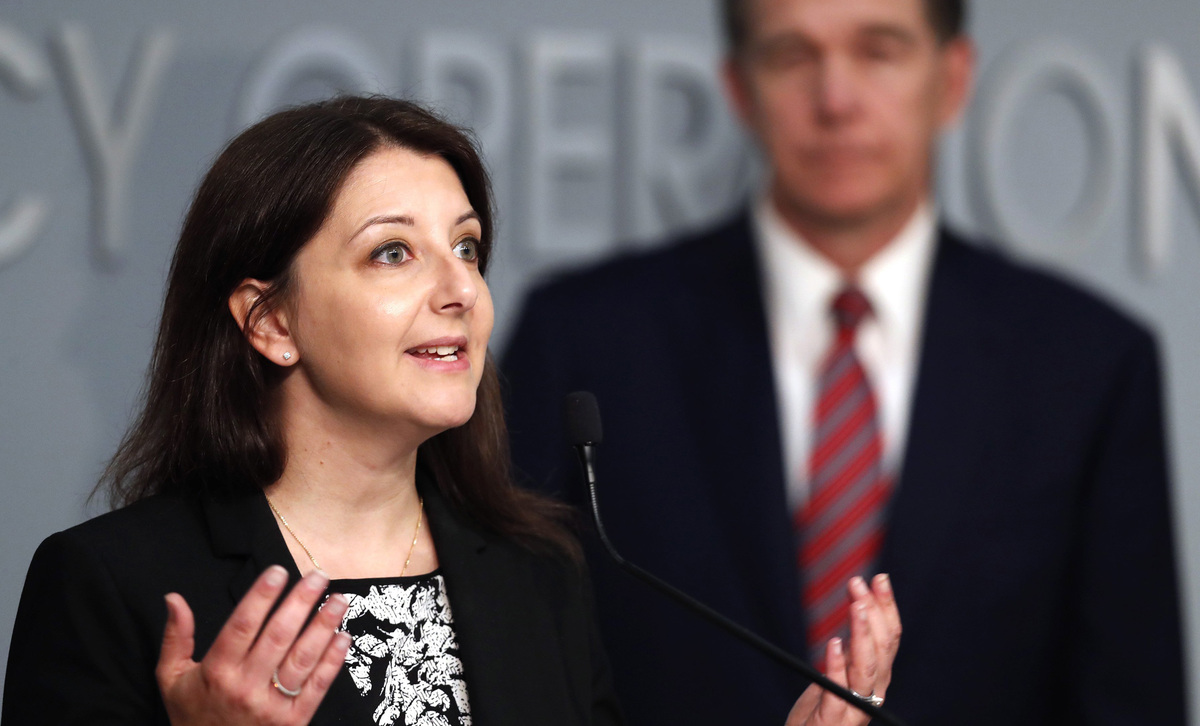 Mandy Cohen, secretary of the North Carolina Department of Health and Human Services, speaks during a briefing on the COVID-19 pandemic at the Emergency Operations Center in Raleigh, N.C., on May 26.

North Carolina is experiencing a surge of COVID-19 cases and hospitalizations during its second phase of reopening, forcing the state’s health director to contend with the idea of a second shut down.

“If we need to go back to stay-at-home [orders], we will,” Mandy Cohen, the secretary of the North Carolina Department of Health and Human Services, told NPR’s Morning Edition on Thursday. “I hope we don’t have to. I think there are things we can do before we have to get there, but yes, we are concerned.”

North Carolina became one of the first states to reopen when it lifted several COVID-19-related restrictions on May 8.

The second phase of reopening, which began May 22, lifted the state’s stay-at-home order and allowed certain businesses to open back up or expand operations in a limited capacity. But just one day after the start of Phase Two, North Carolina reported its largest single-day spike since the start of the pandemic.

Nearly three weeks later, North Carolina is again seeing an increase of COVID-19 cases, according to state data, and currently has more people hospitalized for the disease than at any point since the start of the outbreak. In all, the state has had more than 38,000 confirmed cases and 1,000 deaths.

“We never got a first surge or a first wave, and that was really good — we were able to use that time to build our capacity to respond,” Cohen said. But in the last two weeks, she said, the state’s numbers have been “going in the wrong direction.”

“In the last week, we’ve had four days of more than a thousand new cases in each one of those days,” Cohen said. “And importantly, we are seeing our hospitalizations go up, so more people having serious illness. Now, we know we still have capacity in our health care systems. And, you know, but this is an early warning sign for us that we really need to take seriously and make sure that we don’t forget that COVID-19 is with us.”

The rise in cases comes as the state finds itself in the middle of a precarious political debate: Despite ongoing restrictions on mass gatherings in North Carolina, President Donald Trump said Wednesday he plans to hold a rally in North Carolina, and the state remains, for now at least, the site of the GOP convention in August.

“Our rules still are that we do not want to have any mass gatherings,” Cohen said. “Obviously, the protests and going back to church have particular legal status, but the virus doesn’t know that. So we think those are risks and we want to make sure folks are getting tested and are taking care of themselves.”

North Carolina isn’t the only state facing an increase in cases: Nearly half of the states were experiencing surges in new daily cases as of Wednesday. Collectively, the U.S. just surpassed 2 million cases in the country and recorded more than 112,000 deaths.

“I know folks are weary at this point, but we really need to stay vigilant, particularly in our state where we never really saw that first increase,” Cohen said. “So this is new for us and we need to make sure that we can respond.”