Posters for upcoming movies are displayed in an empty corridor at a movie theater complex in Burbank, Calif. Film and TV production in Hollywood was allowed to resume as of Friday. 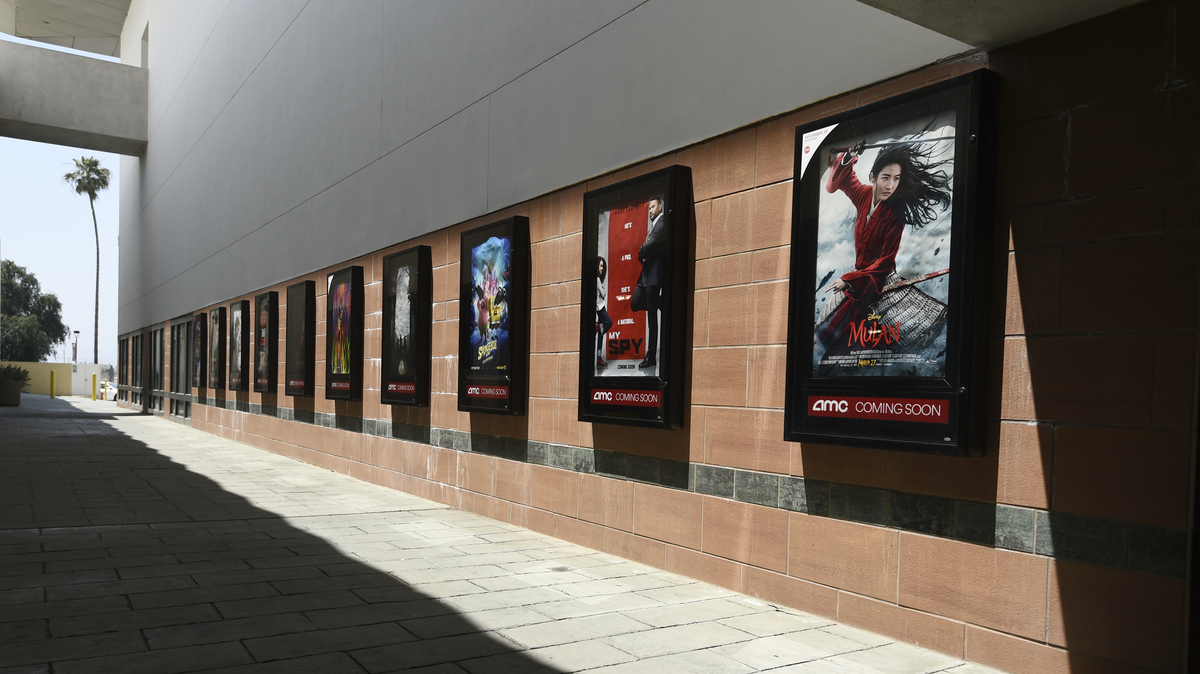 Posters for upcoming movies are displayed in an empty corridor at a movie theater complex in Burbank, Calif. Film and TV production in Hollywood was allowed to resume as of Friday.

The cameras are once again allowed to roll in Los Angeles starting today, months after the coronavirus pandemic shut down Hollywood. State and county officials gave the green light for film and TV production to resume, as long as they follow new health and safety protocols.

Beyond social distancing, face coverings and COVID-19 testing, only essential cast and crew are allowed on set and on location under new rules issued by the Los Angeles County Department of Public Health. That means for productions in Los Angeles, sets and props must be disinfected, actors must wash hands and, “be as silent as possible to avoid spreading droplets through talking.” There will be no craft service buffets, and fight scenes and “intimate scenes” are discouraged.

In addition, casts and crews would need to work in small “zones,” monitored by health and safety staff, according to new COVID-19 guidelines written jointly by the Screen Actors Guild-American Federation of Television and Radio Artists, Directors Guild of America, International Alliance of Theatrical Stage Employees, International Brotherhood of Teamsters and the basic craft unions. The latest COVID-19 safety guidelines, released today, are even more detailed than industry-wide protocol “white paper” they sent to governors in New York, California and other states.

“People are both excited and nervous about returning to work,” says Duncan Crabtree-Ireland, SAG-AFTRA’s Chief Operating Officer and General Counsel. He also heads the union’s safety and industry reopening initiative. “Being out of work has had a huge impact on so many people in the industry. But people don’t want to return to work if it might cost them their lives.”

Crabtree-Ireland said the protocols have been verified by epidemiologists consulting with the unions, and that frequent testing for the virus is crucial. “That should give comfort not just to the cast and crew who are there on set,” he told NPR, “but also to the producers who care about keeping people who work for them safe, and care about making sure their production doesn’t have to be called to a halt right in the middle because of an outbreak of coronavirus.”

While many production companies are eager to start working, FilmLA, the city and county’s film office, won’t begin accepting applications for location permits in Los Angeles until Monday.The group’s president, Paul Audley, says the permits will need to be approved, so the soonest any on-location filming could happen is perhaps next Thursday or Friday.

“Two hundred fifty thousand people who were working in the industry want to get back to work,” he told NPR. “And we’re anxious to get back to getting them all working as quickly as possible.”

Before the shutdown, FilmLA was issuing 1,300 permits every month.

During the shutdown, Audley says, there were reports that some filmmakers worked illegally on location.

“I’m aware of someone who was trying to do a documentary on how to safely film during COVID-19, which is sort of almost funny in that they didn’t follow the process to make the film,” he said.

Over the past few months, film and TV productions had to get creative while sheltering in place. Late night talk show hosts and cast of “Saturday Night Live” filmed themselves at home, with directors, editors and producers working remotely. Some animated productions were able to continue working remotely. Now, shooting short-turnaround commercials may be the first live-action productions to resume.

Kerstin Emhoff, the president of Prettybird, says her production company was able to work remotely throughout the pandemic shutdown, on a documentary, a digital series and commercials (including one for Uber). She says they’re set to begin filming a beer commercial in San Francisco next week. “We want to keep the work in California rather than going to Australia where, you know, everyone is able to shoot,” she says.

Emhoff says getting new insurance coverage will be a challenge for producers. So will organizing casts and crews to work in small groups. “As producers, we love trying to tackle problems like this and we will figure it out,” she says. “But, yeah, it’s going to be slower because you can’t have everyone working all at once. But we don’t have a choice. We have to make this work.”