A law enforcement officer stands guard at the entrance of the Xinfadi market Saturday in Beijing. A fresh cluster of coronavirus cases linked to the market prompted officials to institute immediate and sweeping restrictions, including the market’s closure. 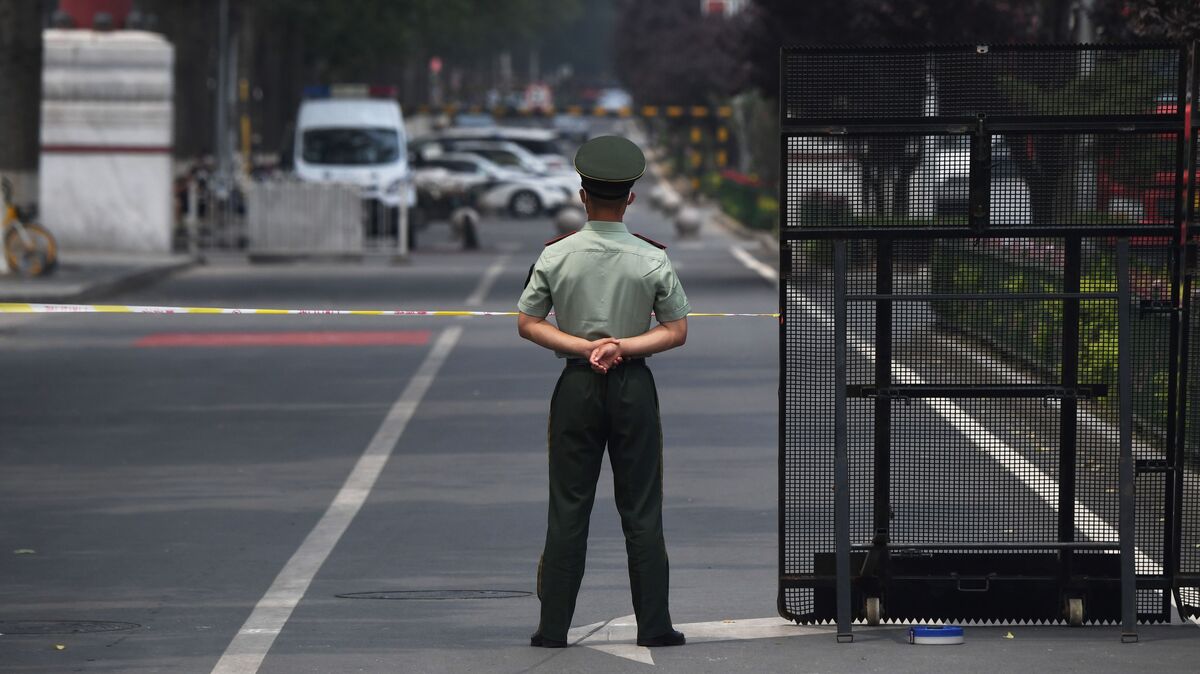 A law enforcement officer stands guard at the entrance of the Xinfadi market Saturday in Beijing. A fresh cluster of coronavirus cases linked to the market prompted officials to institute immediate and sweeping restrictions, including the market’s closure.

For nearly two months, the Chinese capital, a city of more than 20 million people, did not report a single local case of the coronavirus. But a recent spike in confirmed cases has officials in Beijing afraid they’re staring down a new outbreak — and they are responding with swift and sweeping measures to contain it.

Authorities say there have been seven new cases in the past three days, all of which are connected to the Xinfadi market, the city’s largest wholesale food market. Health officials said Saturday that, of the 517 samples that they took from market workers the day before, 45 tested positive for the virus.

Under China’s standards for confirming coronavirus cases — which exclude asymptomatic individuals — this cluster of people won’t be counted as confirmed unless they begin displaying symptoms and come up positive on a separate nucleic acid test. Yet officials view the development with significant alarm — at least partly because the market employs or hosts some 10,000 workers and vendors and provides 90% of the capital’s vegetables and fruit, according to state-run media.

“Depending on the results [of epidemiological surveys and contact tracing], Beijing should take swift action, expand the testing pool to include all personnel involved with the market, and investigate surrounding neighborhoods,” Beijing officials said in a statement outlining the contents of a high-level meeting Friday.

Authorities have shut down the market itself and parts of several others in the city, while canceling classes for at least nine schools nearby. Eleven residential neighborhoods in the city’s Fengtai district now require temperature checks and are closed to outside visitors.

The entire district has been placed in a “wartime emergency mode,” Chu Junwei, a Fengtai official, told a news briefing Saturday, according to a Reuters translation.

Once the epicenter of the global pandemic, China had largely seen new cases taper off in recent months, while other countries, including the U.S., surpassed it in total cases and deaths. The positive data have been attributed partly because of the country’s shift to a diagnostic standard with a steep bar for confirmation and partly because of the strict lockdowns implemented by Communist Party officials.