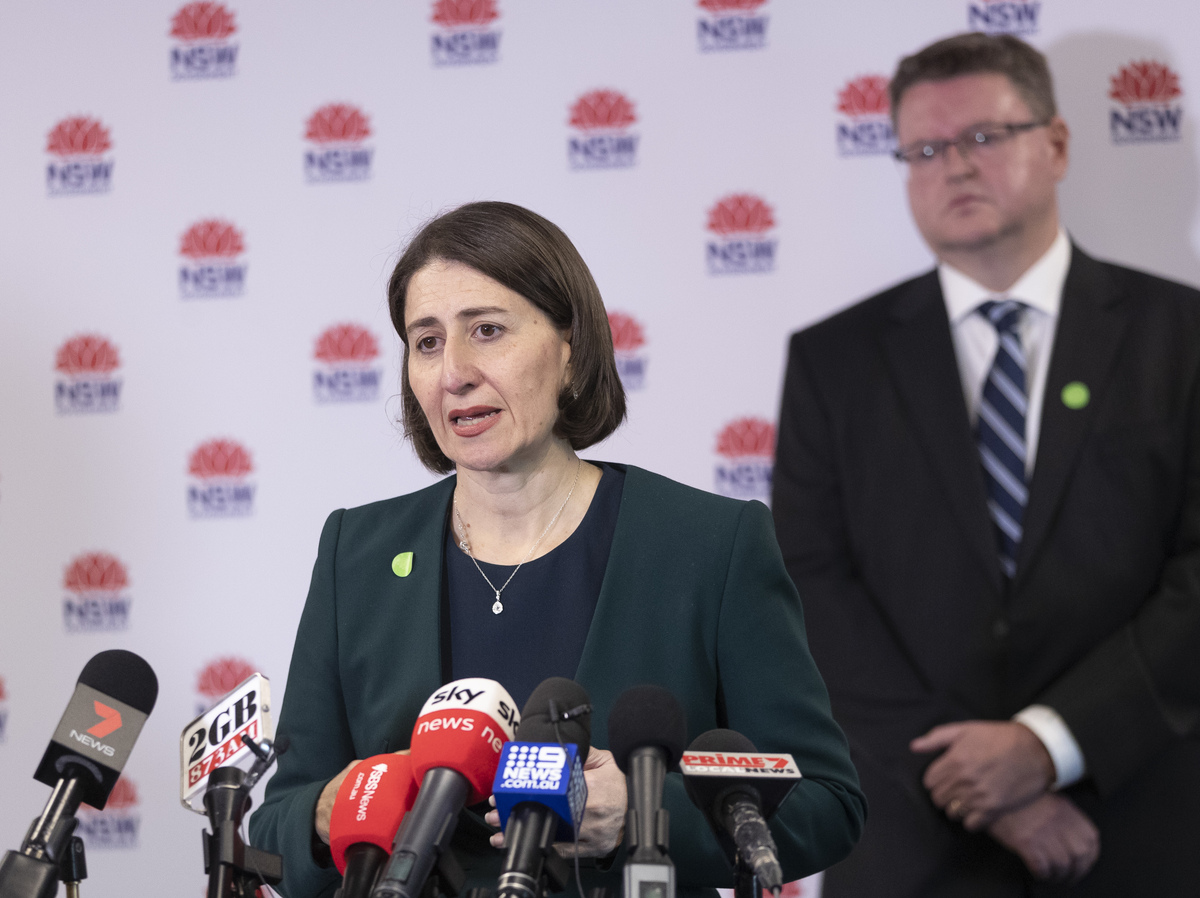 Australia’s New South Wales state is implementing restrictions on “high-risk activities” such as such as singing in choirs and dancing at nightclubs and bars amid concern of a fresh outbreak of COVID-19 that has spilled over from a neighboring state.

The latest prohibitions, which also limit bookings at restaurants, cafes and bars to no more than 10 people, go into effect from midnight on July 24 (10 a.m. July 23 ET), NSW Premier Gladys Berejiklian announced Friday.

“We absolutely need everybody seated when they are in a venue. No dancing, no singing, no mingling,” she said.

Berejiklian said weddings and corporate events would also be limited to 150 people, while funerals and religious services would be restricted to 100.

The latest restrictions in the state that is home to Sydney, comes as yet another record for daily infections was posted in neighboring Victoria, where 428 new cases were reported.

Friday marked the 12th consecutive day the state has recorded a triple-digit increase in coronavirus cases. The previous highest single-day count was 317 and was set only a day before.

Most of the cases in Victoria were in Melbourne, the country’s second-largest city, which has been on lockdown since last week.

State health officials said 57 of the latest cases have been linked to known outbreaks, while one is a case of a traveler in hotel quarantine and 370 are under investigation.

Victoria’s Premier Daniel Andrews said there had been three new COVID-19 deaths — a man in his 70s and two others, a man and a woman, both in their 80s.

“I can offer no further information about those three tragedies, but we send our best wishes and our thoughts,” he said.

Andrews said the government was increasing the number of testing sites outside Melbourne.

Earlier this week, Victoria’s Health Minister Jenny Mikakos announced that all Category 3 elective surgeries, defined as patient conditions that are unlikely to deteriorate quickly or become an emergency, would be paused at Melbourne’s public hospitals to conserve bed space.

In New South Wales, where the state’s largest coronavirus cluster has been linked to a visitor from Melbourne who infected others in a Sydney pub, eight new cases were recorded on Friday, officials said.