In the difficult environment of managing a public health pandemic because of the coronavirus, Montenegro would be well advised to invite international support organisations to monitor the upcoming parliamentary elections later this year, to ensure that there are no politically motivated restrictive measures. The Coronavirus pandemic should not be used as a pretext for limiting the transparent election process. such a move risks the government  to negative criticism of their commitment to democracy and deal a serious blow that would impact on the reputation for any future Government for many years – writes Vladimir Krulj, 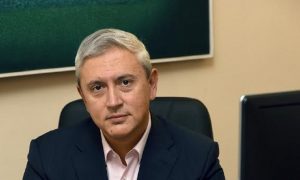 The Author, Vladimir Krulj, is an Economic Fellow at the Institute of Economic Affairs (IEA), London

To the contrary, the presence of international observers to monitor the process during such difficult times would be crucial for protecting these fundamentals for Montenegro in the context of their ongoing EU accession process. Election observation today is the norm with 85% of all elections in new democracies organising the involvement of international agencies to monitor their operation. In today’s world, failure to inviteelection observers could be misinterpreted as meaning that the country is not guided by basic democratic principles, and give rise to accusations that the society tolerates electoral malpractice.

International observers representing diverse political interests, academic and professional expertise give credibility to the full international legitimacy of the election process and can lend important support to the country during its transition to the democratic set of norms established by EU.

Safe, peaceful, free and fair elections will foster democratic development in Montenegro, reinforce its sovereignty and independence, and pave the way for greater cooperation with the EU and economic prosperity for the Montenegran people.

Montenegro is at a crucial point in its accession process to become a  member of the EU, and whilst the current negotiations with Western Balkan states are not a beauty contest, it is nevertheless important for Montenegro to demonstrate the country’s commitment to the same democratic values and principles of good governance expected of EU Member States.

In recent elections for neighbouring countries in the Region, both North Macedonia and Croatia arranged for observer teams, but there were no observation missions for Serbia; indeed there was no political campaigning, no opposition, with the result of a landslide74% victory for the ruling coalition. Although Serbia is another candidate country to join the EU, it seems to follow a different road in terms of freedom of media, rule of law and electoral fairness.This presents Montenegro with the opportunity to aim for higher standards, and follow the examples of North Macedonia and Croatia to go for best governance practice.

The attention of the EU on standards of governance for elections has recently been drawn into sharp relief by the failure of Belarus to respect any standards in the conduct of their elections due on 9 August. Montenegro needs to distance the country totally from such behaviour, and show efforts to implement procedural and legal safeguards to enhance inclusiveness, integrity and transparency during all stages of the electoral process.

Accusations have already started to be levelled in the media to cast doubt on voter registration, and there is a need to counter black propaganda with hard facts and attention to demonstrate that Montenegro is determined to protect democracy and the rule of law and to ensure a meaningful and competitive political contest.

It is time to act quickly to stop such negative propaganda, by putting in place positive structures to support and defend political rights and freedoms. Inviting international observers to monitor the election process is one such measure that needs to be implemented as soon as possible.

The Author, Vladimir Krulj, is an Economic Fellow at the Institute of Economic Affairs (IEA), London