A crisis is a moment of reflection in the life of a community. The response to a challenge is as important as the summons itself. In the case of COVID-19, the crisis is the most profound in living memory. Like a neutron bomb, it destroys people but not the physical infrastructure. It prowls unseen, and the threat of contagion pushes people apart. No less important, it undermines accustomed models of normality, the common sense of an era, and breaks boundaries that had hitherto been sacrosanct.

Before looking forward, it makes sense to look back in history. The Bubonic Plague in the mid-fourteenth century is estimated to have caused between 75 and 200 million deaths in Europe and was the first great pandemic of what was becoming the modern era. It accelerated shifts in social structure and power relations as labour became scarce and the bargaining power of workers increased. The most recent great pandemic was the Spanish Flu of 2018-19, coming after the greatest war hitherto known to humanity. It showed human vulnerability in times of mobilisation and disruption.

Since then, population densities have greatly increased and interaction between man and nature has become ever more intense and invasive. The thin skein that separates humanity from animal pathogens appears to have become increasingly permeable. This outbreak of the coronavirus was first identified in the Chinese city of Wuhan in December 2019, but what makes it worse is that there have been several serious warnings. This was not a ‘black swan’ event, an unpredictable occurrence with major consequences, but something that was long anticipated. It is what is called a ‘grey rhino’, a massive event that was both predictable and predicted. While HIV, Ebola and SARS in the end were contained, the H1N1 flu virus killed nearly 20,000 people.

These biological manifestations of global precarity were only just one manifestation of a global risk society, including nuclear power accidents at the Chernobyl, Three Mile Island, and the Fukushima Daiichi Power Plant as well as strategic and tactical nuclear confrontation, the onset of the era of hypersonic weapons, the militarisation of space and the Arctic, and, above all, the climate catastrophe. These raise three types of questions: the dangers of runaway technological hubris; the shadow of war; and the anthropogenic impact on nature.

Health and epidemiological experts have long been calling for stepped-up co-operation and preventive measures. Instead, the UN’s World Health Organisation has been forced to operate with tighter budgets, while Donald Trump in the US disbanded the Global Health Security team and cut the budgets of the National Institute for Health and the Office of Public Health Preparedness and Response. In the UK the period of austerity since 2010 has seen all the frontline services, including the health system, endure significant real-term cuts. Years of economic crisis in Italy and other Mediterranean states have seen all public services weakened.

The COVID-19 outbreak has exposed humanity’s vulnerability, but at the same time it has reinforced the need for cooperation – both within and between states. Most countries were slow to react adequately to the severity of the threat, and each has responded in its own way. The lockdown imposed in Wuhan and the surrounding Hubei province appears to have contained the outbreak, whereas in Italy and Spain, despite the effective closure of public space, the peak may well be yet to come.

In the UK, the government that was elected in December 2019 is led by Boris Johnson, a man with natural libertarian instincts. This is why he held back from imposing strict isolation policies from the start. Despite having been one of the leaders of the Brexit campaign in which expertise was denigrated and experts mocked, he quickly turned to the advice of the relevant specialists, the Chief Scientific Officer and the Chief Medical Officer. However, expert opinion was divided over how best to tackle the crisis, and measures of social distancing were only reluctantly and hesitantly introduced. In the first period the idea of ‘herd immunity’ dominated, but in the end, a total lockdown was introduced on March 23.

Although Johnson’s Churchillian aspirations may be ridiculed, he has been forced to assume the role of a quasi-wartime leader. This means the concentration of resources for one over-riding goal – the defeat of the insidious enemy. Massive packages of economic assistance have been given to employees, self-employed individuals and companies to allow a degree a ‘resilience’, denoting the return to the status quo ante after the crisis has passed and economic life returns to a semblance of normality. At the same time, there has been much talk of a ‘Blitz spirit’, a reference to the wartime camaraderie and determination of the British public while under near-constant attack by Hitler’s Third Reich. Although this is easy to deride, the self-sacrifice of the frontline medical staff has been truly heroic. No one is immune from the creepy virus and fears are exacerbated by the absence of adequate testing facilities. In the end, Johnson himself was stricken with the disease, as was the heir to the British throne, Prince Charles. 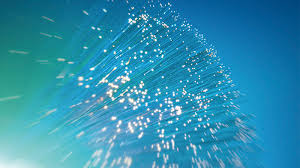 The current crisis is open-ended and intense. Complex modern societies have been effectively closed down for an indefinite period of time. One record after another was broken and once in a lifetime events followed one after another. For example, the Bank of England set the lowest interest rates since its establishment in 1694. By the end of March, over 1.7 billion people were in some sort of lockdown. Economic life shuddered to a near halt. Stock markets fell, and dividend payments were put on hold.

Optimists have looked forward to a V-shaped crisis, with sharp falls followed by an equally sharp return to normality, but others were more skeptical, asking what sort of normality awaits everyone on the other side?

The crisis is a major test for internationalism and the state. Despite some competition for scarce medical resources and protective clothing, there have been notable cases of international support. Chinese supplies for Italy may well have been used to advance ‘soft power’ agendas, yet no one doubts that the medical material was required. The same applies for the air convoy of medical assistance from Russia to Italy.

The ultimate question is whether the strategy today should be ‘resilience’ or ‘transformation’. Naomi Klein long ago talked about the ‘shock doctrine’ in which crises were used to further privatise public goods and services. From this perspective, no ‘new normal’ is in prospect at the end of it all, other than one beset by permanent crisis.

It is quite possible that the lessons learned from the crisis will be negative. The intensification of national egotism, the survival of the fittest, intensified conflict at the international level, and a struggle to repatriate foreign investment and production.

On the 25th anniversary of the Schengen agreement abolishing Europe’s internal borders, almost all movement within the zone was banned. At the same, as the migrant crisis was renewed earlier in the year when Turkey opened its border with Greece, elements of ‘fortress Europe’ were restored. In other words, the already visible tendencies towards deglobalisation could intensify, accompanied by a repudiation of the conservative internationalism embedded in the international system since 1945, although a reduction of some of the false universalism of the transatlantic power system may be welcome. Less desirable would be a strengthening of anti-democratic trends, isolationism, and growth in the appetite for strong hand authoritarianism.

The question then becomes: what features of crisis life could become part of the transformed world? On the systemic level, a couple of points are clear. First, the crisis revalidated the role of the state. Globalisation had earlier suggested that certain economic imperatives transcended state policies. However, when urgent action was required it was the state that acted. The problems may well have been global in scale, but national responses were crucial. Second, the importance of national welfare and health provision was re-legitimised. Years of austerity had reduced the number of available hospital beds, with countries such as the UK and Spain near the bottom of global league tables.

The crisis also showed the importance of social support for the elderly to be integrated as part of the health system. Equally, local government, which in the UK has been under assault since the Thatcher years of the 1980s, stepped in and demonstrated its importance as the local organiser of resources, often in partnership with social movements and civil society organisations. Third, the crucial role of multilateral agencies and problem sharing was once again demonstrated.

In short, the crisis has potentially put an end to a 40-year cycle of social life, the era of neo-liberal denial of state activism. This had already been apparent in the 2008 global financial crisis, but in the end the banks were bailed out and life continued s normal.

There was no ‘people’s quantitative easing’, as suggested by the left in Britain, and instead the ‘too big to fail’ banks sailed on imperturbably, although the Occupy Wall Street movement noted that if they were too big to fail, they were too big to exist. In Britain the outgoing leader of the Labour opposition, Jeremy Corbyn, argued that the emergency economic and social measures introduced by the Tory government validated his long-term demand for social capitalism.

At the societal level certain adaptations may signal more permanent changes. First, home working in the era of 5G broadband will become more prevalent. Why travel to a central office on expensive and crowded trains, when the corona-crisis showed the efficacy of digital platforms and distant working. Second, health services may well become more digitalised, with greater reliance on on-line patient advising and care. Third, with the shutdown of universities and colleges, teaching has been forced to go on-line. This has long developed, notably through MOOCs, but now there may be a permanent effect.

Of course, on-line engagement is no real substitute for personal interactions, but it proved itself a viable substitute. Fourth, on-line shopping finally came into its own as the non-essential stores closed for the duration. Already battered by changing consumer behaviours, and in the UK by punitive rents and business rates, many would never re-open. Fifth, the importance of shorter and diverse supply chains became clear. This had already been the trend in natural food shopping, but now the value of national industries would be highlighted. Sixth, and perhaps even more tangibly, the way that older people were particularly susceptible to the virus compelled a greater sense of concern for the old. Seventh, the moving outpouring of popular respect and support for health workers, as witnessed in Britain in the banging and whistling at dusk on March 27 (a practice borrowed from Spain and Italy) once again showed the importance of public service. In the UK, it was unlikely that the NHS would return to the position of chronic underfunding.

The question then becomes how the changes can be articulated and institutionalised. In the three decades after the Second World War the advanced capitalist societies created complex welfare states accompanied by the nationalisation of some public services. This social-democratic model had some major achievements, but was bugged by top-down managerialism and centralised bureaucracies.

The next four decades were devoted to dismantling many of the achievement, while removing some of the bugs. There can be no return to the status quo ante – either the immediate period of neo-liberal globalisation or centralised and bureaucratised social democracy. A new model of the common good through socialised welfare and localised democracy beckons.